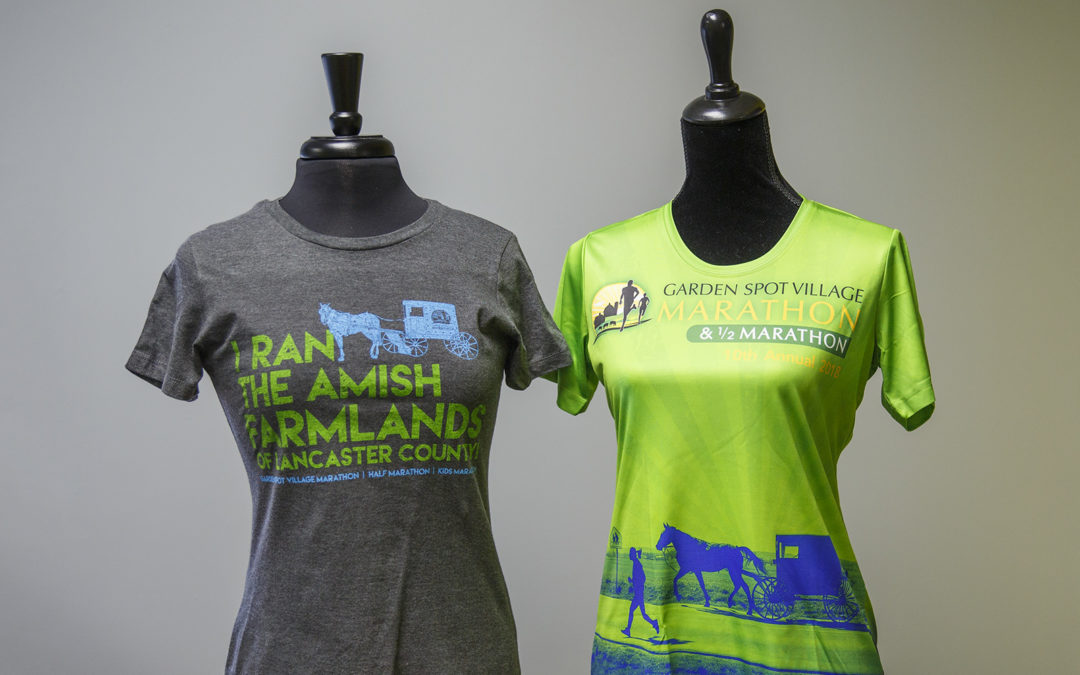 Runners are a breed apart. I know you’re getting excited. Today is Saturday, March 31, 2018 and according to the counter on the home page of the Garden Spot Village Marathon website it’s 14 days until race day. In fact, I’m typing away here and it’s 7:41 a.m. which means two weeks from now you’ll be lining up! Makes you giddy, doesn’t it!

Looking out the window this is precisely the weather we’re ordering for race day. It’s 32 degrees, supposed to rise to 57 with mostly sunny skies. Then again last weekend it snowed like crazy. April in Lancaster County you never know what you’ll get but we’re sending good thoughts skyward for a beautiful day! That said, unless Armageddon strikes we don’t cancel the race. Even then a bunch of you would show up. That’s just the way of it – you’re a breed apart.

Remember when Disney cancelled their race a couple of years ago due to snow?  Thousands of people showed up anyway. That was the year it snowed for us too!  I’ve gotten more compliments and thank yous for going ahead with the race that day. Almost everyone showed up, plus we had 32 walk ups. Yup, 32 people woke up that morning and said, “look it’s snowing like mad, I think I’ll go spend $110 and run 26 miles!”

Runners – you’re a breed apart. A very good breed in my opinion. Runners is good people.

You can see from the photo that the shirts have arrived. The tech shirt features a photo of a horse and buggy that over looks the country side. It was taken on the course during a previous marathon. We hope you like it. The cotton tee shirt is comfy soft again this year. As in years past you get a shirt to run in and a shirt to run around in. This year, in addition to a pretty cool medal you get a tech hat when you cross the finish line.You can carry everything to your next race in a versatile duffel bag.

The Runners Guide and Bib Numbers are posted on the home page of the website.

We’re not big on rules but they’re an unfortunate necessity. Here are a few of the less popular ones, we appreciate your cooperation.

Provided you registered March 1st or before we guarantee the shirt size you ordered and you can pick it up when you get your race packet. We ordered shirts March 2nd and we over ordered so we expect to have enough shirts in the proper sizes. To honor those people who registered early, late registrants may pick up their shirt after finishing the race. (As a side note: this RD experienced this at another race and I had to take a shirt that was too big, I didn’t like it but I understood it.)

We don’t offer registration fee refunds. You can find the details here. (Another side note: this RD developed a severe case of shin splints a number of years ago after registering for 2 marathons both cost over $100 and neither one offered refunds. Again, I didn’t like it but I understand it)

This year there’s an 8 hour finish. You can find the details here.

Back to more fun stuff. This is our 10th Annual Marathon. Wow! It’s hard to believe it’s been 10 years. When we went into this we had no idea what we were getting involved in. It has been an experience beyond belief because runners are a breed apart. You is good people.

We train. We agonize. We have amazing runs. We have lousy runs. And yet, we run!  We run because we love it or maybe because we’re just obsessed. Or maybe it’s for the endorphins. Or as a good friend of mine says, because I love ice cream! Remember, we have chocolate milk shakes in the recover tent!

The Garden Spot Village 1/2 Marathon & 10K introduced a new course in 2019 and is located in the midst of beautiful Lancaster County farmland.